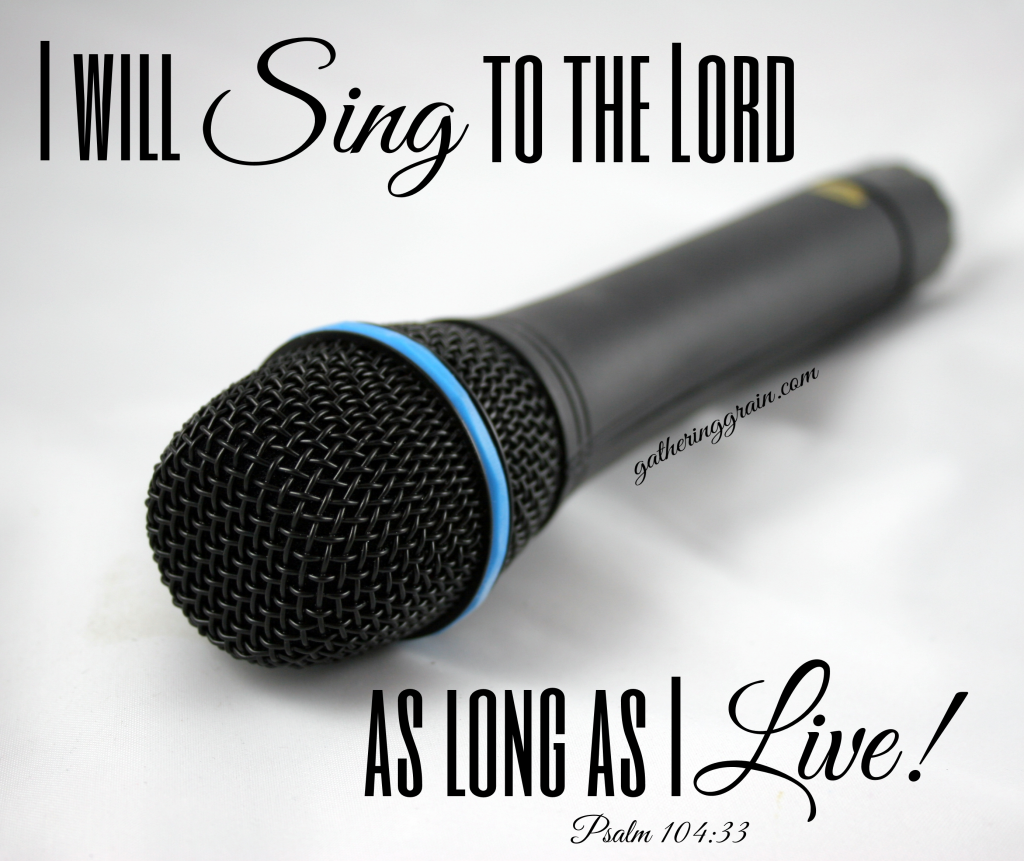 Have you ever stepped back and looked at your life and just been in complete awe? In awe of how God has blessed you. In awe of the people that God has placed in your life. Or maybe you’re in awe of the impossible that God has made possible. What a faithful God we serve that He takes things that we only dream of and makes them reality.

And when we look back at those “dreams” to find them as our current reality, we are humbled. Humbled by His attention to our simple whim that was never considered an actual possibility.

I want to share a piece of my story with you.

Music has always been a part of my life. In the earlier years when I was growing up, my dad had a music ministry. My mom would play the keyboard and they would travel to churches singing and praising the Lord together. My dad even had a cassette tape, y’all. He was big time.

When I got to middle school, I chose the band over the choir route. At that point I considered it a bigger challenge to play an instrument than to open your mouth to sing. Plus, I wanted to be like my big sister, what can I say? I played the clarinet and I was actually pretty decent at it. I spent most years in 2nd chair fighting for first with my arch nemesis and friend, James. The result of his 1st chair status was due to my letting him think he was better. Yep, we’ll go with that.

By the way, don’t ask me to play the clarinet for you as I’m pretty sure that my frazzled mommy-brain may never let me remember how.

I’ve always been one to run to music for comfort. It’s amazing how it can really touch you. I am so thankful God created it, otherwise I’m not sure where I’d be. I’ve been all over the radar with genres of music. I started with Christian music when I was little and branched out to some pretty rough stuff in my teenage years. You may not have pegged me for hardcore rock and gangsta rap, but you name it and I’ve listened to it. Yeah, I’ve moshed with the cool kids. But I eventually found my way back to Christian music after trying all the rest. While I still have to have a little taste of country and my Boyz II Men, I listen to Christian mostly now. I LOVE worship music and how it connects me directly with the Spirit of God. Nothing better.

Confession: I’m a shower singer. A car singer. A sitting ’round a circle at a bon-fire singer. A bathing-the-kids-and-make-up-a-song singer. I think you get the point. I enjoy it. I consider myself ok at it. But I do not, by any stretch of the imagination, sing in FRONT of ANYONE.

My church had a ministry fair one Sunday where they were looking for folks to serve in certain areas. Choir was looking for voices. I didn’t realize how big my fear of singing in front of people was until I asked the director if I would have to audition.  Relief fell over my entire body when she said no. I made a very last minute and completely unintentional decision to join the choir that day. I got involved and began to have a blast! Singing was becoming something I really enjoyed doing. In a group. I was learning about alto and soprano and beats and such. I was growing! And the best part? I was doing it all for the Lord. 2 of my favorite things: singing in harmony and praising Jesus!

Until one day when at the very end of choir practice they announced that they were holding auditions for the worship team. I packed my stuff and began to leave. There was no way that I was good enough to be on the worship team. In all seriousness, ME? On the church’s worship team? IN FRONT OF PEOPLE? Who are looking at me? IIIIIIIIIIIII don’t think so. (That was in my best Macaulay Culkin voice from Home Alone y’all)

And then I walked right back over to my friend handing out info and application packets and got one. WHA? What was I thinking? Something told me to get one and it wasn’t the anxiety building up within my gut. I didn’t know, but I went home and filled out the application and looked over the information. I couldn’t believe that I was considering this.

I found out in the next few weeks that there were some really talented people trying out. Many were more talented than me. More experienced than me. I couldn’t figure out why I was even contemplating something so out of reach. I struggled with not feeling good enough and that oh-so-familiar fear. I was overcome with these things and I made the decision to drop out of auditions. I gave up.

My husband was not convinced that I should drop out. He spent days encouraging me and telling me that I could do this. With hesitation, I decided to still try out. I practiced the chosen songs like a crazy person. I’m pretty sure that my daughters know every word of every song that I had to sing. I played them over and over to get it right.

When my audition date and time came, I found myself walking into that church. Was I really about to do this? My hands were sweating and I was shaking. I heard the singer before me. She was reeeeeeally good. I went into the bathroom to collect myself. I thought about going home. I entered the sanctuary instead. The girls from the worship team met me with a warm hug. They cracked jokes and tried to make me feel comfortable. And then they prayed over me. It was just what I needed. After that I felt much better. My shakes weren’t gone, but my worry was.

I walked up to that stage and held a microphone in my hand for the first time, ever. I managed to get sound out of my mouth without screaming at the top of my lungs and running away like a scared little school girl. Instead, I sang those songs just as practiced and I felt incredible. The Lord had brought me through one of the scariest situations that I’ve ever been in. I sang for the Lord. It was an incredible experience.

After my audition, I was so proud of myself for braving my fear that I forgot that they actually choose someone to be on the worship team. I wasn’t holding my breath that it might be me. My phone rang late one evening and it was the team. I could tell they had the no for me. And then it happened…

They said the words, “we want you to be on the worship team”. Um. AAAAHHHHH! Really?! All I could say was shut-up. Are you serious? I’m not sure how many times I said that, but I’m pretty sure that I got annoying with it. I was in complete awe.

It has been over a year now that I’ve been on the worship team at church. It has been an amazing growing experience in my walk with God. He has slowly pulled me out of my shell and into His presence. He is teaching me to shut-up about myself. My insecurities. My feelings of not good enough. He wants me to focus on Him. And I LOVE being on the worship team with the privilege to do just this. I have been able to glean wisdom from those on the team and they love me just as I am. I am growing! Learning that worship is way more than just singing with your voice. Worship to me is letting go in complete abandon to the Lord. Saying “Here I am Lord, take me”.

Gosh, I love how God operates in our lives. Surprising at times, but all a part of His sovereign plan.

…and that’s how I became the accidental vocalist. Though we both know that it was most definitely not accidental.

Have you ever done something you never thought you could do?